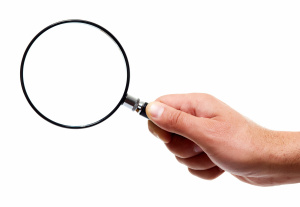 There are definitely a few auditors who go about auditing a large number of SMSFs with paltry number of staffs. This and a lot more will be on the radar of the ATO as it begins to monitor the SMSF auditors.

The ATO also believes that all the SMSF trustees cannot be behaving ethically and fraud detection is a matter of competence. In this light, the premier body will also monitor and keep a stern eye on those auditors who bring no or very low number of Auditor Contravention Report (ACR) to the ATO. The ATO firmly believes that there cannot be a sudden rise in conscientiousness of trustees, and lack of ACRs can only be put down to auditors not meeting competency standards or not making thorough audits in the first place.

To make matters easier for the ATO, SMSFs, while filing their annual return, will have to clearly furnish the name of the auditor who audited their fund, along with the SMSF auditor number. This may help the ATO establish whether the SMSF compliance program has been diligently followed by a particular auditor or there has been a breach.

The SMSF auditor industry may have a few really genuine issues that need being sorted out — case in point being the timing of the reissuance of the engagement letter. For all such dilemmas, the auditors can connect with the ATO over webinars and social media correspondences arranged by the premier body.

ATO can report errant auditors to the ASIC

While the ATO will act well within its rights in reporting errant SMSF auditors to the Australian Securities and Investment Commission (ASIC), its primary motive is to work with such auditors and make them change their ways. Of course, if the SMSF auditors show no desire to rectify their working styles, the ASIC, at the behest of the ATO, can very well take the matters in their hands.