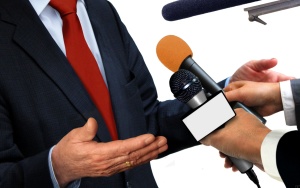 In what is a rarity, apparently at least, heads of the really big Super lobby groups have arrived at a consensus. And it is that the complexity caused by the continuous changes in Superannuation rules is forcing people to rethink retirement. The Federal government should act fast if it wants to dispel this trend as a myth.

Superannuation changes should be made more transparent

There must be policies in place which makes Superannuation changes more transparent to the common public. People are concerned about the kind of taxes that will be imposed on them, the insurance within Super, the penalties that may be levied on them in the event of a breach, and pensions, among other things.

I wonder what happens to pre-election promises. Didn’t the erstwhile labour government and the current coalition government clearly state they would refrain from making any changes for a minimum of three years? People cannot put their confidence in something if they fear what they endorse might vanish before they blink.

Convey to Australians how much they need to retire in comfort

Australians should be let into the adequate retirement figure. How much of retirement nest egg should be deemed sufficient? Why do the yardsticks keep changing so often? Why what someone believes as a decent retirement kitty one year gets denounced as a modest one the very next year? The Federal government certainly has got some explaining to do. Rather than stating what the Super balance is, there is a need to tell what kind of income those balances will support once a person retires.

The gravest challenge the government probably has on hand is that how they fund the prevailing aged pension system. Yes, compulsory Super contribution has got a shot in the arm; it is in the process of being risen from 9% to 12% but will this measure suffice.