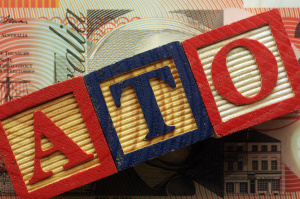 From 1st July 2013 onwards, individuals exceeding the upper cap of their concessional contributions will find the extra amount included in their assessable income. This amount will be chargeable at the marginal tax rate and will also attract an interest.

Up to 85% of excess contributions can be released

The individuals in question can opt to release up to 85% of the excess contributions made. For the purpose, they will need to fill out an election form, post which they are eligible to get an excess concessional contributions release authority.

Within a week of receiving this ‘authority’, funds must either pay the amount mentioned in the release authority to the Commissioner of Taxation or pay the total Superannuation lump sums payable (whichever of the two is lesser). Such funds also must send a notification to the Commissioner acknowledging the payment.

The released amount fetched by the fund is to be paid to the ATO and will be treated as non assessable, non exempt benefit payment to the Super fund member in question. It is worth noting that the released amount does not count towards the ‘non-concessional’ cap.

Shortly, the ATO may commence issuing IT assessment notices to fund members, clearly stating the excess concessional contribution amounts and attaching the election forms. Issuance of release authority may follow soon, likely in October 2014 itself.

It is common knowledge that the concessional contributions ceiling raised to $35,000 since 1 July 2013 for people at or above the age of 59 will work equally good for those at or above 50 years of age from 1 July 2014. For other members, this ceiling will be at $30,000. If you cross the cap but not by a sum in excess of $10,000, you may have your excess cap refunded (assessed at marginal rates).