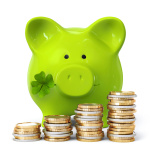 Few things in our lives are both crucial and complex. The business decision, whether to shift the SMSF interest to a trust or a company falls in this category and how well the professional you have hired plans it for you will determine the strength of your fund.

Who controls your investments?

Investments held in a fund from before 11th August 1999

Your fund is also exempt from the in-house asset rules if it has borrowed prior to 11th August 1999 and restricted its future-day investments to the sum of that borrowing.

Advantages of the pre-99 set up

There are great benefits of a fund being in the “pre-99” set up. The top advantage is the freedom to borrow through an arm’s length transaction. Moreover, there is freedom to purchase an asset from a related party or place an asset of the trust as a security or lease non-business property (till the time you do it as per the provision of the commercial lease agreement).

There are a certain requirements a fund must adhere to for availing the exemptions. As a first, it must not have any more than 4 members. It must not borrow or permit security to be placed on an asset. It must not run a business or take a loan unless through an Australian-deposit taking institution. Also, the fund must not lease anything aside from a business property (and that too, under a binding business lease).

Possible advantages and disadvantage, if any

The division 13.3A companies and trusts are subject to various regulations which reduce the investment making horizon for them. However, a complying trust has its various advantages just as well. It can improve or replace an object without any breach (this is so because the improvement or replacement does not change the inherent nature of the object).

The obvious disadvantage of such trusts is that they cannot gear their investments because they cannot borrow or place security against an asset. Because such entities fund cannot borrow, they need to pay entitlements to the holders of their units within a period of 1 year from the determination of income.