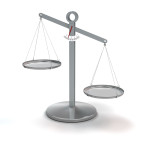 Superannuation savings of Australians have had the biggest quarterly returns in three years.

The March quarter saw median balanced funds (60 to 76 per cent invested in growth assets) recorded returns of 5.7 per cent, noted as the best quarterly increase since March 2012 (a time when funds climbed to 5.8 per cent)/

The strong returns are due to the climbs to the international and domestic sharemarkets. The falling Australian dollar also contributed to the increase in returns on international equities.

Coincidentally, this marks the third consecutive year where the superannuation returns recorded with double digit growth for the first time since the global financial crisis.

The figures released by SuperRatings, a superannuation research firm, showed that super funds grew by 1.9 per cent in January, 3 per cent in February, and 0.6 per cent in March of this year. This amounts, or rounds up, to 5.7 per cent in returns within three months.

The ASX200 index increased by 10.3 per cent in the March quarter and helped to boost the returns.

Jeff Bresnahan from SuperRatings states that Australians should be thrilled with the returns but cautioned citizens that a good run may come to a halt any time soon.

Bresnahan also states that Australia is likely to have another strong financial year, given that the country is more than 75 per cent up on where we were when the GFC (global financial crisis) happened. The sharemarkets could come back by up to 10 per cent and could affect super returns, but the effect wouldn’t be significant.

The returns on super accounts ar at a 10.8 per cent for a financial year-to-date and in the past year, members have enjoyed gains of 13.1 per cent.

Brendan O’Farrell, Intrust Super chief executive officer, said that Australians should be pleased with the returns but should be ready when the returns come to a halt.

Losing sight of the many uncertainties can reverse some of the strong gains, O’Farrell said. He also reminds that with long-term investments, investors should be ready for bumps along the way.