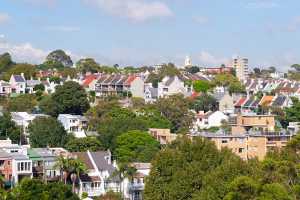 The Australian property market is not going into a bubble phase. The terms boom and bust represent a sum total of consumer confidence at any given moment, more than anything else. It will suffice to say that after years of shortfall, the property cycle turned towards the higher yards and over the last year or so, it has mellowed down. We are still doing reasonably well, and the plateau should come no sooner than 3-4 years from now.

The key drivers of our property prices will be the speed with which we add to the population tally. At present, the rate of growth, fuelled in part by high life expectancy and in other part by net overseas migration, has created a chronic shortage of homes. This, however, can be taken care of, if the government’s move to increase dwelling approvals translates into rampant construction.

We are none the poorer by the fact that the kick in the property prices has shaken off the slumber in which the construction sector found itself for half a decade post GFC. A rejuvenated construction sector, aided by developers and builders, will see us through many fresh housing projects, thus giving the population surplus a place they can call their home.

The issue of negative gearing

It is likely that the stance of the government on negative gearing won’t change any, and this is especially because the government cannot afford to shoo away or elbow out the investor class at this stage of the property cycle. Our tax system is such that right when the owner-occupiers feel the heat of the market, the investors can chip in (succoured by the tax regime) and help our real estate from plateauing.

Another thing worthy of mention is the kind of rumours doing rounds about SMSFs getting into the skin of the property market. At the moment, only about 3% of SMSF money is invested into residential real estate. This is not a threatening figure and can’t be blamed for fuelling a real estate bubble (which anyways is non-existent).

What do you think is the single-most valid reason behind Australia not hitting the property bubble phase anytime soon?