What Does the ATO Look For during SMSF Auditing?
show popup 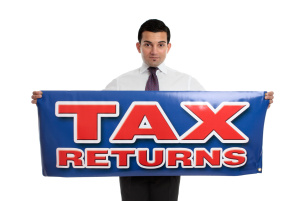 This year, the Australian Taxation Office (ATO)’s spotlight will remain sharply on the Auditor Contravention Report (ACR). For reasons of ignorance or out of plain nefarious attitude, SMSF trustees often divert from the compliance norms of maintaining SMSFs.

When an auditor contravention report will be brought to the ATO’s notice, it will be graded low, medium, or high in keeping with the risk element attached to it.

SMSF trustees can make a whole lot of errors, deliberately or unintentionally from their side. Among a few instances, they can withdraw their Super before they are allowed to, gain farce tax offsets from residential property investments, default on limited recourse borrowing arrangements, and act with dubious intentions and indulge in apprehensive “related party” behaviour.

ATO’s opinion of a contravention is the key

Once the ACR goes to the ATO, they ask the SMSF in question to come up with every bit of document and evidence to support their defense. If the ATO believes the case to be of accidental nature, they can choose to remain quiet on it. The same is true if the ATO feels that the errant SMSF has tried to perform a thorough damage control and that the problem has been rectified to a large extent.

On the contrary, if the ATO smells foul play during SMSF auditing, it can send a notice to the SMSF in question and ask it to prove why a case should not be made against them. In the event of being rendered non-compliant, SMSFs lose all the standing privileges and are even taxed at the 45% marginal rate rather than being offered concessional contribution treatment.

You can get in touch with me to learn about all the possible contraventions that you can make as an SMSF trustee.