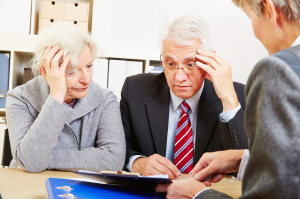 Born between the Second World War and the year 1964, Baby Boomers have become the postage stamps for radical social change. The last of the Baby Boomers will turn 60, come the 1st of January 2015. Some of the Boomers who have made wise decisions in the past stand to gain from the rising house prices. Others, and there are a whole lot of them, stand to suffer from the very poor Superannuation fund levels.

Baby Boomers not prepared for retirement

In fact, the writing was always on the wall. It was only a matter of time. The Baby Boomer generation which was the first to witness a whole lot of pleasant changes occurring around the world were somehow led to believe, one gets a feeling, that they would never turn old and that retirement was a mirage. Newsflash: it is not! And the selfsame generation is now finding itself woefully short of a decent retirement nest egg. Women are doing even worse than men and to make matters more difficult, they are expected to live longer then men on an average.

A recent survey tells the whole story. 35% of Baby Boomers are not prepared for retirement at all. 51% are moderately prepared and only for the remaining 14% is retirement a time they are looking forward to.

Compulsory Super came late for them

The Compulsory Super program began in the year 1992 so to be fair to the BB generation, they could not seek advantage from compulsory savings till they were into their 40’s and 50’s. Because the Compulsory Super did not impact them positively enough, they now have to rely on the generosity of the age pension.

We are talking about a generation which has seen euphoria. These are the same people who want to travel the whole world, swim with dolphins, write a book, learn a musical instrument, and want to leave their inheritance to their loved ones. Where will they find the money to do it all? This is the crux question.