Can Generation Y Run Their Own Retirement Funds?
show popup 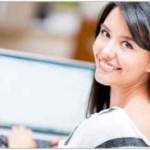 SMSF is a status symbol for generation Y

A self-managed superannuation fund is seen as a status symbol and an increasing number of generation Ys – people who were born from the early 1980s to early 200s – are now looking into getting their SMSF as early as now.

But is it a good idea to manage their retirement fund, or simply the idea of locking their own money for a few decades?

Ray Jaramis, a Gen Y financial adviser with Treysta Wealth Management, states that a young person is looking to start his or her own fund to invest in assets like an investment property. But Jaramis provides a smarter alternative to young investors who’re looking to manage their own funds yet don’t have the means to warrant starting their own fund: join someone else’s fund. Jaramis says “We have many clients who allow their children to become members of their SMSF so the children have the benefit of economies of scale as the costs are paid mostly by the members with the higher balances – that is, mum and dad.”

Jason McLaren, an adviser with Axiom Super Solutions, admit that until now, SMSFs have been the domain of people with significant super balance who are close to retirement, but he says that that too is changing. He notes that there is a significant increase in the Gen Ys who are establishing their own SMSF.

People are now more engaged with SMSFs, according to McLaren, simply because of the drop in set-up and ongoing costs. The drop has also allowed SMSFs to become a more commoditised product.

McLaren advises investors that SMSFs comes with responsibility. He says “You need to make investment decisions and arrange for annual financial reports and tax returns to be prepared and audited each year. You are also responsible for your SMSF complying with the law at all times.”

Gen Ys should invest in SMSFs, but shouldn’t be advised or recommended outright, according to Joshua Stega. He believes that if an investor has a sizable super balance, an SMSF can become a suitable investment vehicle for Gen Ys. As a director for JAS Wealth, he doesn’t recommend SMSFs to young investors outright but if they’re a suitable candidate, he is more than willing to provide relevant advise.

For Stega, the moment a young investor uses SMSF, he or she will immediately become more engaged and taking more responsibility in managing their retirement assets.

But is it sensible for someone so young to tie up their wealth in something they can’t touch for years? Stega believes that young investors should make think of superannuation as long term. “If clients want to take risks like starting a business they should do this outside super and leave superannuation as the retirement nest egg,” Stega says. “We would rarely recommend a younger client increase their contributions to superannuation as a forced savings mechanism unless they lacked discipline around their personal cash flow.”

Are there options for investors who want access to the tax benefits that SMSFs deliver but don’t want to get their money tied up? Stega explains that a super is the most tax-effective investment and even outside super, investors should consider the tax effectiveness of their own investments and use structures like trusts and companies.

Kane Munro from Accountancy Online believes that someone’s ability to control or manage their finances shouldn’t be based on their birthdate. A young investor’s capability to run his or her SMSF comes down to that individual’s financial literacy.