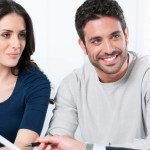 Unless you plan your estate carefully, your inheritors may feel the pinch with death benefit taxes on a later day. Officially, Australia abolished inheritance taxes in the 70s but unofficially, they have been existing, just as stoutly, ever since. The government has changed the name from “death duties” to “death benefit taxes” but they aren’t fooling anyone here.

What the next generation inherits will be deeply impacted by what runs in the name of death benefit taxes. Not hard to fathom given that the Superannuation assets run in excess of $2.05 trillion presently. So to come back to the first sentence of the article, you have to plan your estate really carefully to withstand the ungenerous offerings of death benefit taxes. Yes, if you are able to do so, you may reduce or even altogether eliminate the worries of such inheritance taxes.

To begin, let us first read into who a Superannuation dependent is and who qualifies as a tax dependent. A Super dependent is any person, including, but not limited to, spouse, children, and step-children with whom the deceased was in a relationship of interdependence (SIS Act, 1993 applies). A tax dependent, on the contrary, is a spouse or any child under the age of 18. Even adult children can be tax dependents provided they affirm to the Income Tax Assessment Act 1997.

Such tax dependents do not have to worry about death benefit taxes imposed on them and they are free from any obligation that comes with the receipt of lump sum payments.

The non-concessional contributions made by the deceased member after the 1st of July 2007 fall under tax-free component and is free from the obligations of death benefit taxes. This is good news for the adult, non-dependents.

The taxable component (the bad news) is marked by two classifications; the taxed and the untaxed. The part of the fund that is taxed within it falls under taxed component. This is made up of concessional contributions (the logic is easy to understand, given that non-concessional contributions are read as tax free) and income made by the fund. There are certain amounts which are not taxed within the fund. These are the untaxed components; an example of which is the life insurance policy.

You can bring down the death benefit taxes by following a few simple techniques.  You can make a withdrawal, of course only if you meet the condition of release. Next, you can re-contribute the withdrawal as non-concessional contribution, thereby converting the slab from taxable to tax-free component. It is crucial to commit yourself only up to the contribution ceiling.

By creating a segregate sub-trust

As a member, you should be foresighted enough to add necessary provisions in your will which reduce obligations towards paying death benefit taxes. For one, giving a free hand to the executors to hold the superannuation proceeds will trust as a segregate sub-trust is important. This is because the move limits the beneficiaries to only those who are tax dependents and hence gains reprieve from death benefit taxes for them.