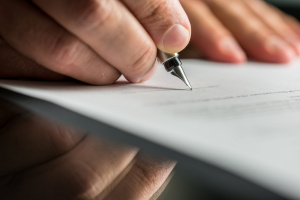 The way SMSF has made rapid inroads into our financial space, it is no surprise that many of us have invested heavily in this concessionally taxed environment. This places even graver responsibility upon us to ensure that our SMSF kitty makes it to our estate the way we would want it to in the event of our demise.

SMSF money’s passage into the estate of the deceased is contestable, at least yet, and this is why you should preside over the matter of your SMSF Death Benefit Nomination pretty carefully. For starters, such nominations can be either binding or non-binding.

Non-binding nominations deal with sending a written request to remaining trustees seeking their opinion on who the deceased member would want his SMSF money to go to. As the name suggests, the decision is not binding on the trustees.

‘Binding’ is the traditional favourite, but has its downsides

While the binding death benefit nomination has got its fair share of advantages, it is rigid in nature and does not provide any degree of flexibility to who the recipient of the death benefit will be. Imagine a case where a deceased member undergoes divorce prior to his demise and fails to change his nomination in time. In such a case, his ex-partner, already chosen as the beneficiary, will receive the benefits instead of the new wife he will have wanted to benefit had he got the time to change his binding nomination.

Let us take another case in point. If there are two beneficiaries; a dependent and a non-dependent, the latter pays a higher tax amount on the death benefit. If the trustees could be flexible with the binding-nomination, they would have paid a greater amount to the dependent beneficiary tax-free and balanced the situation by giving out a larger part of the tax-free assets from the remaining portion of the estate to the non-dependent beneficiary.

Only a couple of instances to prove that the very helpful binding nomination can also have its downsides!