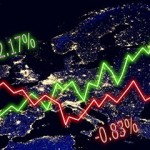 The SMSF sector welcomed the most furious market sell-off as a buying opportunity. They traded with double vigour and beat the other retail investors by a fair margin, if the analysis of nearly 100,000 fund holders proves anything.

SMSF investors are believed to be of the buy-and-hold type and the stocks in their portfolio are also conservatively estimated. These myths have been debunked. What has come out instead is a statistical argument that the SMSF investors are regular traders and attempt to cash in on market volatility whenever possible. So, SMSF owners being conservative investors, not ready to come out of their comfort zone does not reflect the true picture, it needs being reiterated.

Between August 24 and August 28, the S&P/ASX 200 witnessed a brutal massacre, not witnessed since the time of the GFC. The market got thinner by $60 billion. The SMSF sector  took it as a buying opportunity and there are stats to reveal that their trades were higher by 80% compared to any other time in the two months gone by. The SMSF investors are not ignorant and they don’t want to miss out on an opportunity to “reposition their portfolio”, feel experts.

SMSFs have a weak portfolio- well, it is just another myth.

It is a popular consensus that the SMSF investors like to play with a few stocks (typical ones). These include Telstra and the banking giants of Australia. While their penchant for the blue-chip stock is not unfounded, the fact that they play with a meagre set of stock is a false notion. In fact, on an average, they boast of 14 stocks which is twice the number of stocks held by retail investors on an average.