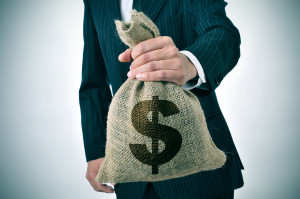 There is popular consensus that 5% returns can be expected from the Superannuation funds. Of course, there will be years like 2014 when there will be bullish returns close to 17%. But to offset the generous bargain, there will be GFC-hit years like 2008 which will show -13% returns. So overall it is safe to assume a figure of 5%.

Do you need a million in your Super fund?

This implies that if you wish to retire with $50,000 a year, you will require a million dollars in your Super kitty. There is no denying the mathematics, but there is always more to it than math. For instance, does math budget for the fact that people do not have same spending inclinations when they reach the fag end of their lives? So, if they need $50,000 a year at the age of 65, they would not need the same amount when they are 90. So it is not necessary after all to keep a million dollars in your Super kitty.

Do you want to touch your principal or not?

Let us look at this point from a different angle. There are Super members who do not want to touch their principal amount. For them, it is quite possible to earn revenue of $50,000 each year given they are using a million. For many, however, this amount is not possible to hold. Sometimes, they do not even like to hold the principal for eternity and plan a lot of ways to ‘erode’ the principal post-retirement.

Of course, it may be unwise not to budget for the gains made via the Government benefits. For instance, a couple owning their own home can fetch a full pension despite having assets in surplus of $286,500 outside of their Super.