Superannuation Reality: Is it Tough Out There For Women?
show popup 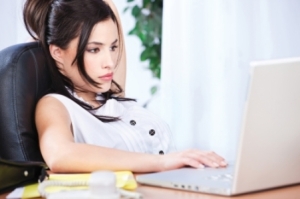 The hiatus between the Superannuation savings of men and women is becoming a cause for serious concern. Not that men are doing appreciably, but it is the women who are sending distress signals. The expected retirement nest egg for women is close to only about half that of men and some of them have even sparser means to negotiate the post-retirement stretch.

In fact, a small percentage of women have to reconcile with the fact that they will have zero Superannuation savings when they retire. This disturbing gap between genders has to be done away with and parity needs to be restored. Unless policy makers address this concern, we are looking at a scenario of downright poverty for a good part of our female population.

Risking a breach of anti-discrimination legislation, employers should be permitted to put in more in the Super kitty of their female employees. Currently, women’ Superannuation fund in Australia is averaging out at $44,866 which is nearly 45% less than their counterparts ($82,615). In fact, the average figure the female population is expected to amass by their retirement time is a shoddy $90,000 less than men.

Why things are tougher for women

It is no surprise that women have lesser savings; what with them working on lower salaries (18.2% salary gap) and often working only casually throughout the course of their lives. Besides, child rearing makes it difficult for them to get glued to a job for long. Higher life expectancy for women only makes it necessary for them to save more which clearly is not the case now.

How do you propose to constrict the disturbing ‘Super’ gender gap?