Call for Higher Rate of Super for Women
show popup 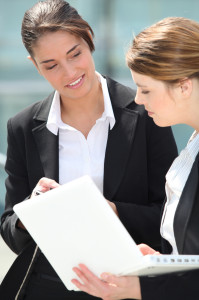 An article on news.com.au discusses the need for handing out a higher Super rate to women than men. The Association of Superannuation Funds of Australia believes that employers should be in a position to offer higher rates of Super to women and entirely so without breaching the anti-discrimination laws.

Call for higher rate of Super for women

Looking forward, this may probably be the best way to arrest the disturbing gender gap; one that sees women retiring with only about half the amount a man retires with. The 9.5% compulsory Super contribution from the employers will still do for men (though it is not sufficient by far), but there should be a regulation in place to raise this percentage for women. It is just a call for creating a level playing field.

A brilliant initiative is being taken by Rice Warner in this regard. After seeking approval from the Australian Human Rights Commission, it has become a baton-bearing organisation in that it pays its female employees a good 2% extra Super since 1st July 2013.

Nobody is talking feminism here but let’s put a few facts at the table. Women have higher life expectancy, which means they are likely to have a longer post-retirement life. Does it not obviously translate into a larger retirement nest-egg? It is implied!

During various stages of life, women have to sacrifice their job; pregnancy and child rearing being a couple of them. Besides, it needs more than a passing mention that women are paid a lower average salary than their counterparts. So should not the lines be redrawn so that the handicaps women have to work with are taken care of?

How do you want the Super rates to go for women and what is your take on the anti-discrimination laws?