BDBN Is Not the Last Word On Succession Planning
show popup 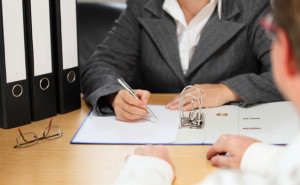 Is Binding Death Benefit Nomination (BDBN) the last word in terms of succession planning? Does the executors of the deceased become the trustee of his estate, too, by default? These are pertinent questions and may eventually decide who holds the largest pie in the succession battle and the money we talk about includes the amount placed in the deceased’s SMSF.

There can definitely be cases where the deceased leaves his children all his SMSF interests but the trusteeship of the SMSF to his second wife (one who did not bear the children in question). In the given scenario, the spouse is more than likely to contest the BDBN made in favour of the children. So how do things pan out in court when one party becomes the plaintiff and the other the defendant?

What about the legal fee incurred?

The court of law may give a “valid and binding” status to the BDBN but is it the end of the case altogether? There may be a mammoth legal fee incurred by the plaintiffs, one which cannot be covered by the SMSF without bringing it down to a very meager amount. For instance, how does it help if a deceased passes $500,000 to his children (the entire SMSF interest) and the children spend $350,000 in legal costs to win the battle?

Ideally, you would contest, the amount needs to be paid by the trustee (in this case the defendant- the second wife, who contested a farce case altogether). Thankfully, the courts believe, as has come into the open in a landmark judgement made in the Wooster Vs Morris case, that the deceased’s entire money can be used for paying the plaintiffs their rightful compensation.

It is important to note that the BDBN is not an all-abiding document and that succession planners, while they are still in their senses, must look at the wider picture with the help of an able solicitor.

How do you read the verdict of the Wooster Vs Morris case? You can be critical in voicing your opinion.