A Corporate Trustee is Much Needed for SMSF Succession
show popup 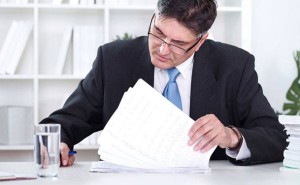 Smooth and seamless succession for a Self-managed Super Fund is quite possible. For some time, the industry has played around with many styles of doing so, but presently, we can say with a fair degree of conviction that we are there and that it can be done effectively. Before anything else, it is significant to have your estate planning in line with your SMSF succession.

A sole purpose corporate trustee, by a consensus, is a better bet than having too many individual members when it comes down to SMSF succession. The ATO penalty regime, effective from 1st July 2014, means that for the slightest contravention, having individual members would result in number of members multiplied by the penalty amount. It is not tough to understand how a corporate trustee can reduce the amount of penalty by a fair degree.

Even for arm’s length transactions and related party contraventions, the dice is heavily loaded in favour of corporate trustees rather than individual members for a SMSF.

There is the famous Katz versus Grossman case to refer to when we look into the need for corporate trustees. In this particular case, one of the two siblings was appointed as a co-trustee on the mother’s demise to comply with the regulation and subsequently, the sibling used the binding death nomination clause in the event of the father’s death to use all the death benefit for herself. This situation could so easily have been avoided had there been a corporate trustee in place.